Face Painting and Temporary Tattoos, The look without the commitment. 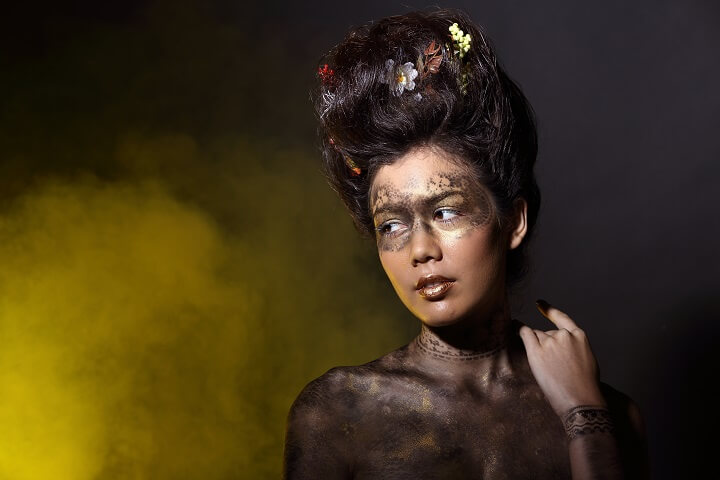 Face Painting and Temporary Tattoos, The Look Without The Commitment.

Tattoos have gradually grown in popularity to be a fashion trend. Many people have their opinions about what a tattoo is and what it means, but what is a tattoo, really? A tattoo can be best described as being beautiful skin art. An art of which is imprinted on the individual’s body.

Tattoos Raise Confidence
Interestingly enough, tattoos also provides a variety of benefits as well. Studies have suggested that people who get their bodies covered in art, tend to grow in confidence and enjoy a higher level of attention from people when they go outside.

Safer Form Of Body Art
Unfortunately, standard tattoos are permanent. And, if you get a good tattoo artist, that’s completely fine. But, by getting an inexperienced artist it can lead to infections, permanent scarring as well as an ugly tattoo. As such, may doctors dictate that one should consider face painting or temporary airbrush tattoos in addition to getting a permanent tattoo to see which one serves their best interest. Let’s take a look at air-brush tattoos, an effective, safe and temporary way to get a tattoo.

How Do Temporary Tattoos Work?
An airbrush tattoo is best defined as being a short lasting tattoo which was produced using stencils, an atomizer and special paints. When an individual gets a temporary tattoo the first thing the artist does is to use the stencil to create the desired design on the person’s skin. Once this is done the artist uses the atomizer to project paint through an applicator to blow a thin layer of paint over the stencil on the upper layer of the skin.

Benefits Of Temporary Tattoos Vs Permanent
1) Pain
Pain is arguably the number one difference between air-brush tattoos and permanent ones. This is due to how the ink is applied when doing either procedure. As far as permanent tattoos go, they are done by using a sharp needle which essentially, punctures your skin as to which it embeds ink. As you can imagine as is the case with any scenario that requires a needle, it can cause a great deal of pain and discomfort. In addition to that you will see a bit of blood protruding from the skin. On the flip side, air brush tattoos consist of using dyes and brushes instead of needles. There’s no pain, no blood or pus oozing out from the affected area.

2) Pricing
Airbrush tattoos are insanely cheap in comparison to permanent tattoos. This is due to the simple process easy to manufacture materials that it consist of as well as the fact that the company doesn’t have to pay insurance to cover any lawsuits they may get. Permanent tattoos can cost anywhere from a few hundred at bare minimum to as much as you would pay for a used car. Temporary designs usually come in a do-it-yourself package as to which you can place the stencil anywhere on your body.

3) Lifespan
Airbrush tattoos only last for a few weeks, while there counterpart is permanent. This is due to the fact that airbrush tattoos were specifically designed to be washed away with water and soap. In addition to this, the ink is applied on the upper layer of the skin, not the middle like permanent tattoos. The upper layer section of the skin, continuously sheds itself and produce new top layers of skin. This is not the case when it comes to the middle layer of the skin which is why when you inject ink into it, it will literally stay there forever.

4) Skin Damage – Scarring, Infection, Pus filled wounds
Temp tattoos can be applied by airbrush or with face painting techniques. Neither of which has the ability to penetrate or injure the skin. The only side effects that may manifest themselves and make you uncomfortable is an itching and burning sensation, if you are in the single digit percent of individuals who are allergic to the type of pain/ink that’s being used.

In some instances, the tattoo may leave permanent scarring and if not done and allowed to heal in a sterile infection it can literally cause the tattoo to get infected and be filled with pus under the tattoo. This could get so severe that you may have to go to the doctor to get it drained which leads to further scarring and a deformed ugly tattoo that can only be removed via surgery.

5) Change Your Style
What we love now, we may hate tomorrow. Many people have tattoos they regret. They may have done it when they were too young or just to impress someone or to go to an event. Temp tattoos give you the ability to change your style whenever you want, essentially giving you the opportunity to experiment with a wide variety of colors, artistic designs and symbols, without the commitment.